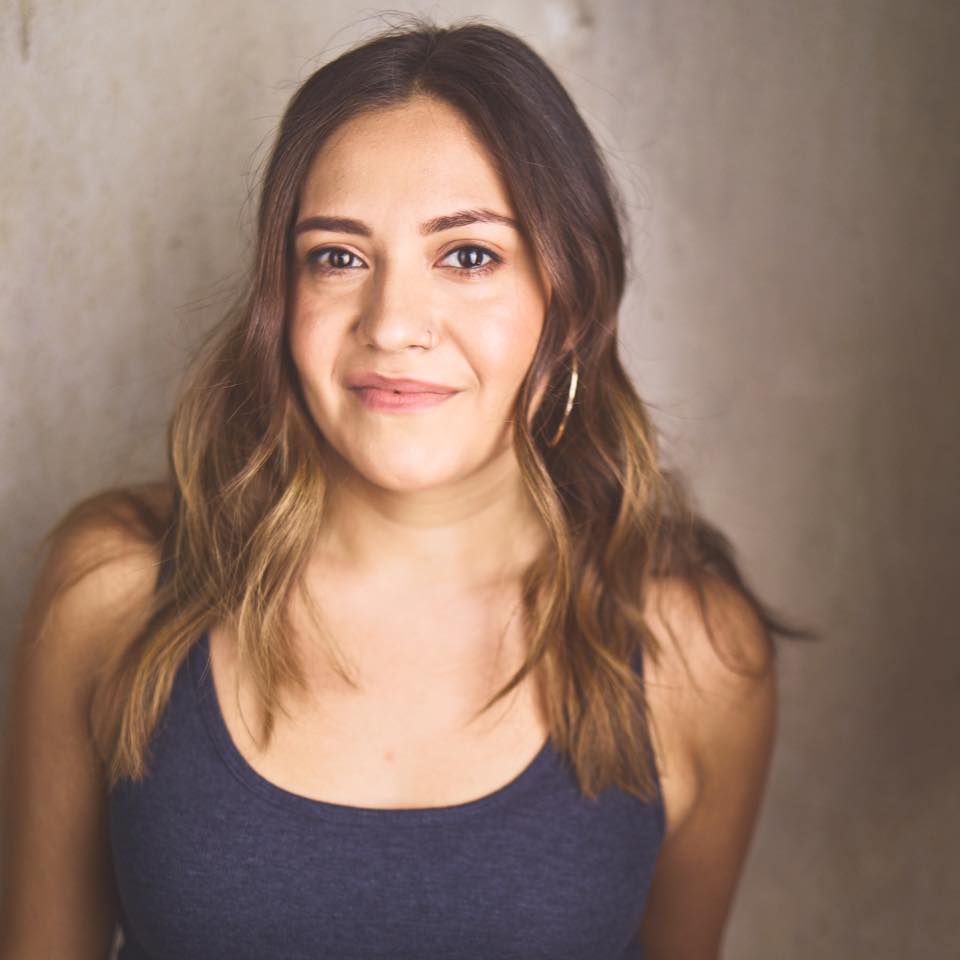 Buenos dias mi gente! I am Tanya De León and I am very proud, let me say that again P-R-O-U-D Mexican American woman from Chicago, Illinois.

I grew up in this very colorful neighborhood called La Villita (Little Village) where my whole block was somehow related to me. Just to paint a picture, we lived on the third floor of an apartment building that was owned by my grandparents. That building housed a variety of family members throughout the span of 20 years. At one point the basement was inhabited by my grandpa’s sister, the first floor by my grandparents (and my mom and I), the second floor by my Aunt Mago and her family, and the third by my uncle Luis and his family. By the time we moved out, my aunt Mago lived in the first floor, my tia Tere (another one of my grandpa’s sisters and one of my favorite sitters) moved into the second floor when they moved to the states from Mexico, and us (the best tenants in my opinion) on the third floor.

Living in this neighborhood allowed me to grow up within my cultura, but it did isolate me from others. If you are from Chicago you know exactly what I am talking about. Our city is full of many cultures, but it is 100% very segregated. We have a lot of neighborhoods that are full of people that share the same culture like Little Village is a Mexican neighborhood, Humboldt Park a Puerto Rican neighborhood, Englewood a Black neighborhood, and Lincoln Park a White neighborhood.

This is important to note because it promoted the US vs. THEM mentality that is still so present within our community. The neighborhoods that were inhabited by POC’s were disproportionately underfunded which resulted in overcrowded classrooms, fewer afterschool programs, and ultimately a spike of gang-related violence.

The only neighborhoods that were flourishing were those on the north side of the city that were populated by white people. Schools that were considered selective enrollment (where one has to get a certain test score in order to get in) had EXTENSIVE programs to benefit their students and again were also located in white neighborhoods. So even IF you were able to get into these schools, you had to be able to have the financial means to be able to get to school. “Affluent white communities already live in a world where they choose to fund youth, health, housing, etc… These communities have lower crime rates not because they have more police, but [because] they have more resources to support a healthy society in a way that reduces crime.”-Alexandria Ocasio Cortes.

Moving on to high school we were warned to avoid the train station area twice a year, once in the fall and once in the spring. Why twice a year? I. have. No. Idea. because of the “race wars” that would happen between the Latino students and the Black students. It always struck me as odd. Why are we fighting against each other? What is the point? We should be fighting the system that is undeserving us and demand for the same resources as these affluent communities. Ultimately, this is a result of internalized racism that has resulted from systematic/institutionalized racism. What is that you say? Well, systematic/institutionalized racism is a form of racism that is embedded as a normal practice within society that ultimately affects many things. Glenn Harris, the president of Race Forward and publisher of Colorlines, said “ systemic racism creates disparities in many “success indicators” including wealth, the criminal justice system, employment, housing, health care, politics and education.” which brings us back to my own experience in a neighborhood that had very little to non-existent wealth. These race wars were in the name of fighting for the ranking of #1 minority that is embedded within our community.

I don’t know about you, but I grew up hearing things like “¡Ay, que mejorar la raza!” (we have to better the race), or “¡no te quedes en el sol, te vas a poner prieta!” (don’t stay in the sun or you’ll get dark.) These were things that would just roll off the tongue that I never thought twice about, and now these sayings weigh like a ton of bricks because I see the internalized racism in it. Usually, when saying we need to better the race, they mean marrying someone with a lighter skin tone/ white because in Latin America being lighter is valued. I found out recently that my grandmother was discriminated against within our own family because she was a darker skin tone than the others. Which makes sense as to why she would tell us to stay out of the sun or we would get dark based on her own experience with racism within her family. Unfortunately, because she was a Woman in Mexico and it was the  1960’s, she wasn’t in a position to speak up and we all KNOW our abuelitas love speaking up.

If we go back in time to the late 1960’s in the US we see two very important organizations that fought against the same things; segregation within the educational system, housing, and police brutality. They were the Black Panthers, which was funded by two college students, Huey P. Newton and Bobby Seale. The organization began due to the assassination of Malcolm X, and after the police shot an unarmed black teen named Matthew Johson. Sounds familiar? Does it seem like history is repeating itself and that there is a clear common denominator?

Did you know that this particular organization paved the way to the Latino organization called the Brown Berets or Los Boinas Cafes? I didn’t. Before doing my research on the similarities in struggles between the Latinx community and the Black community I had NEVER heard of them and I am a college-educated woman. I asked my mom, who has also gone through higher ed,  if she knew who they were, and she had NO IDEA! How bananas is it that? And let me tell you these two organizations are INSANELY amazing, powerful, and in need even know.

In 1968 the Brown Berets staged a walkout in L.A high schools protesting unequal treatment by the school districts.

Students were being punished for speaking in Spanish, they weren’t allowed to use the bathrooms during lunch, and were actively discouraged from going to college. So here we have similar struggles the Black Americans also faced after the Brown VS. Board of education in 1954. Brown Vs. Board paved the way for the Civil Rights movement that took place mainly during the 50’s and 60’s. A very quick and short summary, the B vs BofE fought to desegregate schools after Linda Brown, a little girl, was denied entrance to a white school. Brown claimed that schools for black children were not equal to the white schools.  And with that we are brought back to the present where we are still fighting for schools of brown and black children to be equal to white schools as well as fighting police brutality.

If we look at just this tiny example we see that both the Latinx community and the Black community have faced many of the same issues and have worked towards the same goal with the same kind of organization. So why is this disparity between us still so prevalent? The only way to destroy white supremacy is to destroy the anti-blackness within our own community.

George Floyd was murdered on May 25 and his murder was the tipping point. His murder compiled with the murders of Breonna Taylor (who was murdered by police officers named Brett Hankison, Jon Mattingly and Myles Cosgrove that still have not faced criminal charges), and Ahmad Aubrey among many MANY others. Due to these murders, we have seen many protests arise in all 50 states as well as over 60 other countries. On June 3 after racial tensions were reported to be rising in the neighborhood where I grew up, Black and Latino community leaders banded together to fight for justice for all Black lives that have been lost to racism and police brutality.

So if you are ANYTHING like me (#virgo) and feel the need to soak in every drop of content there is out there, I encourage you to do it. But I beg you to have these conversations of internalized racism within your own family and community because we CANNOT make changes if we don’t fight the changes needed within our own family. Call out your tias and tios when they get mad about property damage, ask them why they think that property has more value than a life. Call out your cousin when he thinks that just because he is Latinx he can say the n-word, cause SPOILER ALERT, HE CAN’T! And ask your grandparents why they feel that the color of someone’s skin makes them threatening because I guarantee you that most won’t have an actual answer as to WHY they have these feelings which will in turn lead to the education of internalized and systematic racism. Only then can we start to make long term changes within our society.