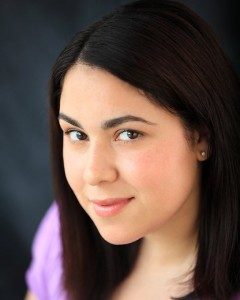 For as long as I can remember,I craved adventure,a life full of challenges and excitement.

I wanted to explore volcanoes, to climb Mt. Everest. I wanted to be an archeologist and discover a lost civilization, I wanted to be a brain surgeon so I could peek into other people’s imaginations…but of all the things I wanted to be, I wanted to be a Broadway star most! Unfortunately there was always something that stood in my way, and at the time, it was my age. I was only five.

Growing up in Queens, NY I could see the NYC skyline in the distance, it seemed so far away. I longed for the day I could hop on the J train all by myself and make my dreams come true. It wasn’t until I was fourteen that I finally took the first step. Without telling our parents, a friend and I made the half-hour trek into the city in hopes that we’d somehow get discovered. We wanted to be actors but had no clue how to make it happen. While standing across the street from the Minskoff theater and talking about our dreams of performing on the Great White Way. I said, “Don’t you just wish we could go to that theatre and stand on the stage?” Another aspiring actor overheard us. He took my friend and I by the hand and we all walked to the stage door of the theater. We knocked on the door, and the kind stage manager agreed to give us a backstage tour. I will never forget the moment I walked onto the stage. I could see the ghost lamp from the wings. It was magical. As I slowly moved towards the light, the empty house was revealed. I stood center stage and decided that from that day forward, somehow I was going to make my dream come true. One day I would be standing in that very spot. The seats would be filled. Someday, I would be a Broadway star.

On the way home that day, as I walked past a newsstand, the word “Backstage” caught my eye. I carefully opened up the newspaper and I couldn’t believe my eyes!! It was chock full of auditions! I gasped! I didn’t need to get discovered, I could just GO to these auditions!! I had the power to make my dreams come true! I booked my first audition for an original musical called Billy the Kid at the historic Abrons Art Center. The experience of working with other kids my age and seasoned professionals was incredible and before long the cast evolved into a youth theatre company. We were trained in dance, voice, acting and playwriting by some of the best artists in their respective fields. We were given the opportunity to write our own plays and musicals and perform them. Youth theater gave us a platform in which we could tell our own story. We didn’t have to perform Oklahoma or recite Shakespeare. We had a profound voice and it mattered. We were empowered and I learned to never let anything stand in the way of reaching my goals.

Over the years I continued to audition for everything I could. I was officially a working actress. I was on FIRE! I was living my dream and when I got my Equity card I knew it wouldn’t be long before I realized my ultimate goal. But for some reason, for every big audition that came my way, or every major callback, something seemed to get in the way. Some things were beyond my control, like school, work, family emergencies. And some things were not, like fear and doubt. As I became more and more discouraged by the present challenges in my life, the fear grew. Life just got too hard and eventually the fear consumed me and I stopped auditioning and subsequently, stopped performing. My fire had been reduced to embers. I wondered what happened to the little girl who wasn’t afraid of anything? Now that I was all grown up, what was I so afraid of?

I had discovered freedom in performing, and now I was silent. And then an amazing thing happened.  I became a mother.

Now I had a great excuse to continue denying myself of my dreams. Instead I could focus all my time, energy and efforts into developing new talents in parenting. I absolutely LOVED being a mother. I went above and beyond! I was being the best mother I could be…but not really. I was denying my true self, my true passion, and that wasn’t fair. My daughter deserved a mother who was fully present in life. Who was fearless and willing to take on any challenge. I decided that I was going to show my little girl who her mama was born to be! Mama had to sing, and so I did! I started pounding the pavement once again, but this time with a toddler in tow. I was back on track. The fire was once again ignited.

Just as I could see my goals on the horizon, another amazing thing happened. I was to become a mother again. But this time the experience would be much different. This time I would be the mother of twin boys with Down syndrome. Hearing that your child has a disability like Down syndrome feels like a death. All my hopes and dreams for the little boys I couldn’t wait to meet, had died. I had to mourn my expectations. I didn’t know much about DS and from what the doctors toId me, we could never be certain if they would ever walk or talk or go to college. We couldn’t be sure of how well they would “function” in this world. Then I felt it again, fear. I didn’t know what to expect and it scared me to my core. The only thing I knew for sure was that I loved these boys. They were my 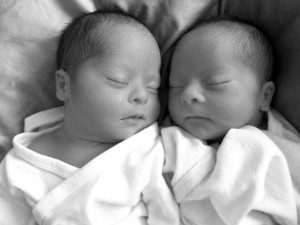 sons and I was their mother. I knew in my soul that although this seemed like an insurmountable challenge that it was gift nonetheless. After all the tears and anger faded away, I was finally able to see the real blessing these boys were to me and our entire family. I learned from other familes who had children with Down syndrome that they were capable of anything, it just may take a little longer. I learned that people with Ds could indeed go to college, drive a car, get married. The only limitations were the ones their families set for them. My boys would not have limitations. Life from here on out would be different, but in the most profound, extraordinary and meaningful way.

Why should I be surprised that my life was going in this direction? I am the girl who loves roller coasters! This is the real adventure I knew I was destined for and life was really just getting started. I once may have let a life event this difficult quite my voice, but I was singing more than ever! I was performing all throughout my pregnancy with the boys, from start to finish. I dubbed them my good luck charms because I was performing more than ever! Even through the roughest days, I sang. I sang for my daughter, to continue proving to her that one can never give up their dreams. I sang for my boys who needed to know that my fire was still burning, even brighter, because of them. I wouldn’t let their diagnosis become an obstacle and I vowed that I would teach them to never let disability stand in their way. They may be “different” in the eyes of many, but they too had a voice and it mattered. 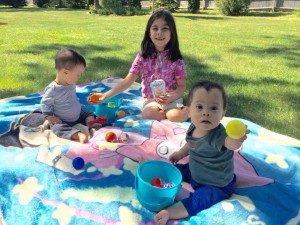 Almost two years into this journey I can say,  it’s been a difficult balance, but hey thats life with TWINS! Their Down syndrome diagnosis does make things a bit more trying but nothing my family can’t handle. I am inspired by my sons each and everyday. They work so hard for each and every milestone they achieve, from rolling over to sitting up, to activating a simple toy. The things that came so easily to my typical daughter can be very hard work to a child with a developmental delay. But boy oh boy, the immense joy you feel when they finally achieve that goal is pure bliss. They are my teachers and I am their awestruck student. To see determination in all its facets is nothing short of a miracle. They won’t let anything stand in the way of their goals and neither will I. My children have taught me to let my light shine so that I may be an inspiration to them. And I want to nurture them in a way that allows them to be an inspiration to others.

And while it may be too late to play Annie on Broadway, I know there will be other roles for me. But for now, I am starring in the most important role of my life…Mommy!

BroadwayCon is a three-day expo where fans can meet and interact with their favorite Broadway stars. It’s a showcase of some of Broadway’s newest and most exciting shows. It’s a place where industry professionals can work one-on-one with the next generation of up-and-coming performers.

Most of all, BroadwayCon is a place where fans can come together celebrate their passions and revel in the magic that is the theatre.

BroadwayCon 2020 will feature panels, performances, interviews, workshops, singalongs, and more, all packed into an epic three-day weekend. Past panels have included previews from upcoming Broadway shows, conversations with the casts and creatives of this season’s hits, and discussions featuring the industry’s top producers and designers, not to mention the giant Opening Celebration and nighttime fun and games.

Stay tuned for the Latinx Experience at BroadwayCon 2020.

BroadwayCon is a three-day expo where fans can meet and interact with their favorite Broadway stars. It’s a showcase of some of Broadway’s newest and most exciting shows. It’s a place where industry professionals can work one-on-one with the next generation of up-and-coming performers.

Most of all, BroadwayCon is a place where fans can come together celebrate their passions and revel in the magic that is the theatre.

BroadwayCon 2020 will feature panels, performances, interviews, workshops, singalongs, and more, all packed into an epic three-day weekend. Past panels have included previews from upcoming Broadway shows, conversations with the casts and creatives of this season’s hits, and discussions featuring the industry’s top producers and designers, not to mention the giant Opening Celebration and nighttime fun and games.

Stay tuned for the Latinx Experience at BroadwayCon 2020. 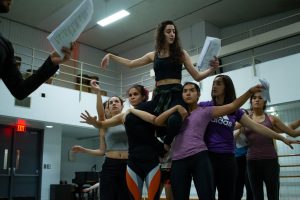 This professional development program provides training to artists through a series of class disciplines such as voice, acting, stage combat, audition technique, contemporary dance, musical theater, ballet, hip hop, Latin jazz, and much more. Through this training process, students face challenges that build their self-confidence and develop the critical leadership skills required to unite our community. This program is led by a team of experienced professional artists from the Broadway, film and television industries. As a result of this program, a strong foundation of empowered artists are made aware of their full capabilities and are compelled to give back. Completion of the Beyond Workshop Series is followed by the artist donating their time to RL for six months after the program, becoming a role model that will exponentially change the face of our community.