Bountiful was the theme adopted to lead us through 2016. Throughout the year this theme was used as a thread to link our various programs.  “It is important for me to believe in myself and to never give up on my dreams because I am Bountiful.” —Nia Rainer—D2GB camper

This year’s BWS was focused on Dance.  Led by our Founder/Director Luis Salgado, students from the New York area as well as International students from Argentina, Colombia, Dominican Republic,  Guatemala, and Puerto Rico were challenged in a professional environment of growth, inspiration and collaboration.  Many of the participants continued on to perform in RL’s Choreographer’s festival

After taking a break  from productions for a couple of years, we were honored to bring back R.Evolución Latina’s Choreographers Festival. With eight choreographers, over

Forty-five dancers, and the D1 Dance company from Lima, Peru we were able to bring this dance experience to life for eight performances at Manhattan Movement and Arts Center.

Exposing children and youth to experience the magic of live theater is one of the ways that we inspire  and transform the next generation of artists and audience members.  This year we were able to provide opportunities to our youth beneficiaries to attend the following:

Aligned with the organization’s theme of  “Bountiful”, RL’s summer camp asked campers, teaching artists and volunteers to share what is Bountiful about themselves, families and everyone around them. 200 campers, 25 teachers and 45 volunteers joined this year’s journey.

In 2016, we were able to create videos and multimedia productions for all of our programs. You can find them in our YouTube page, where we currently have 177 videos of stories, programs, events and collaborations.  Additionally, we gained exposure of our programming and mission in the following media outlets:  Fit for Broadway Blog, BLEEP Magazine, RL Blog series celebrating what is “Bountiful.”  Social Media and marketing this year was brought to you conceived and produced by Rachel Aylward (Social Media), Cory Boulieris (Graphic Design) , Tom Kane (Videos) Ari Romero (program photographer), and Jason River (Choreographers Festival photographer).

Our Team
We are very proud of our directors and team members.  In 2016, Gabriela García received her B.A in Performing Arts and went on to  coordinate the Joffrey Ballet School’s Joffrey Ensemble. Luis Salgado continued performing in the Broadway show On Your Feet, the Story of Gloria and Emilio Estefan, as well as directing and choreographing new shows in NYC. He also traveled to Cuba, Spain and Puerto Rico.  Matthew Steffens took on the role of Associate Director for “Bountiful-A Teacher’s Journey” and stepped up to the challenge of performing the leading role.  A strong team of volunteers were part of ALL of our projects and programs. Lead by Denisse Ambert and Heather Hogan, 75 volunteers worked and collaborated together throughout the year to bring alive everything that we do. 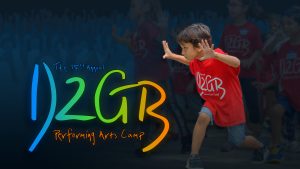